On 6 November 2018 the Bishop of Shrewsbury blessed and dedicated three new items for the War Memorial Chapel: a new plaque displaying all 120 names which had been researched and found to be genuinely associated with St Werburgh’s parish; a hand-produced leatherbound book, giving a short biography of each man named; and a lectern made from the old wood of former church fitments, on which to display this book.

The service was attended by Mrs Susan Sellers, Deputy Lord Lieutenant of Cheshire; Mrs Alexis Redmond, High Sheriff of Cheshire; the Lord Mayor of Chester, Councillor Alex Black; and Mr Chris Matheson, MP for the City of Chester. They were joined by a representative from the Irish embassy, Ms Fionnuala Callanan, and Lieutenant Colonel Tony Evans, representing the Australian High Commission. Representatives of the British Army, Royal Navy and Royal Air Force were joined by others representing local institutions and organisations. 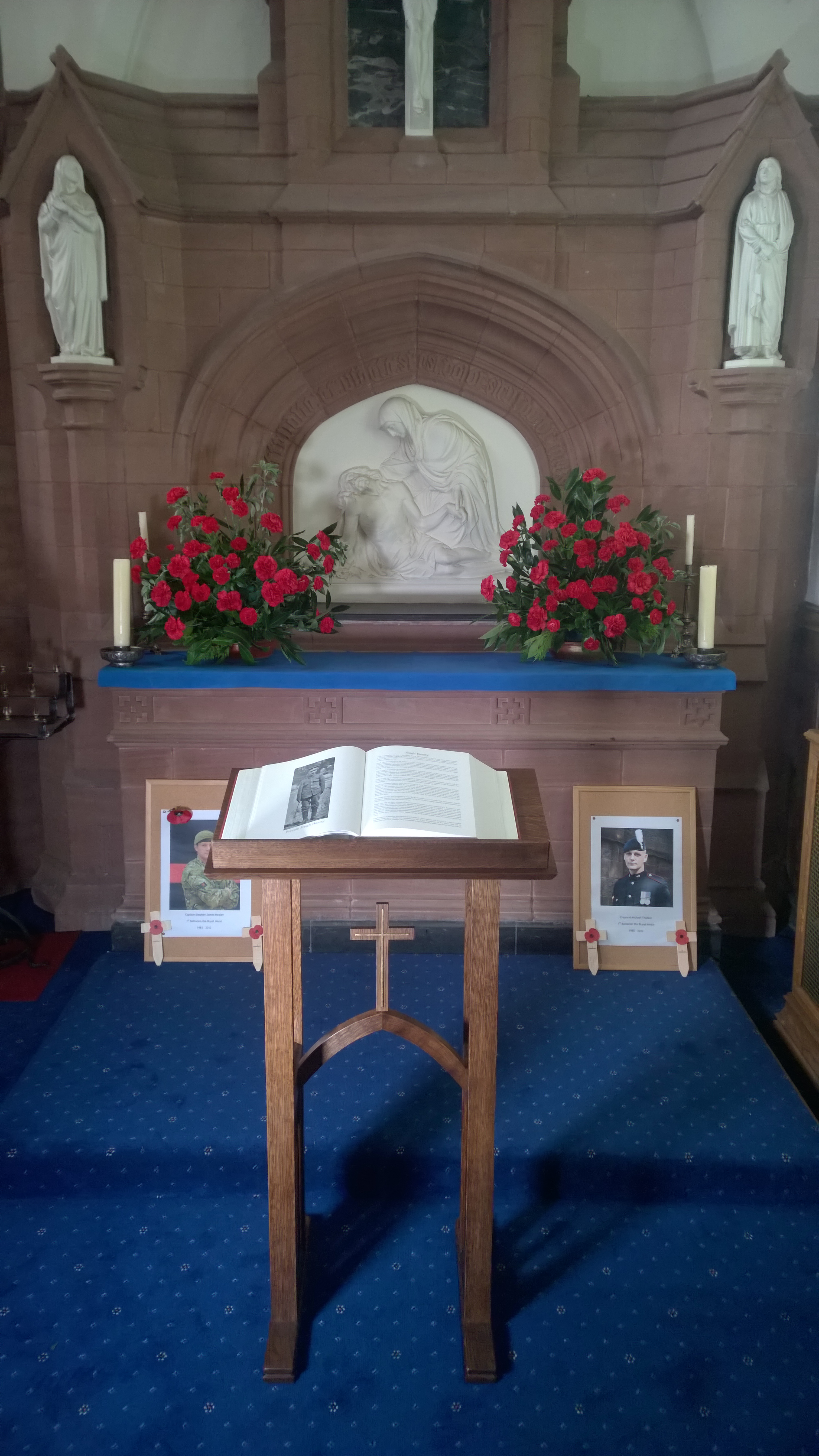 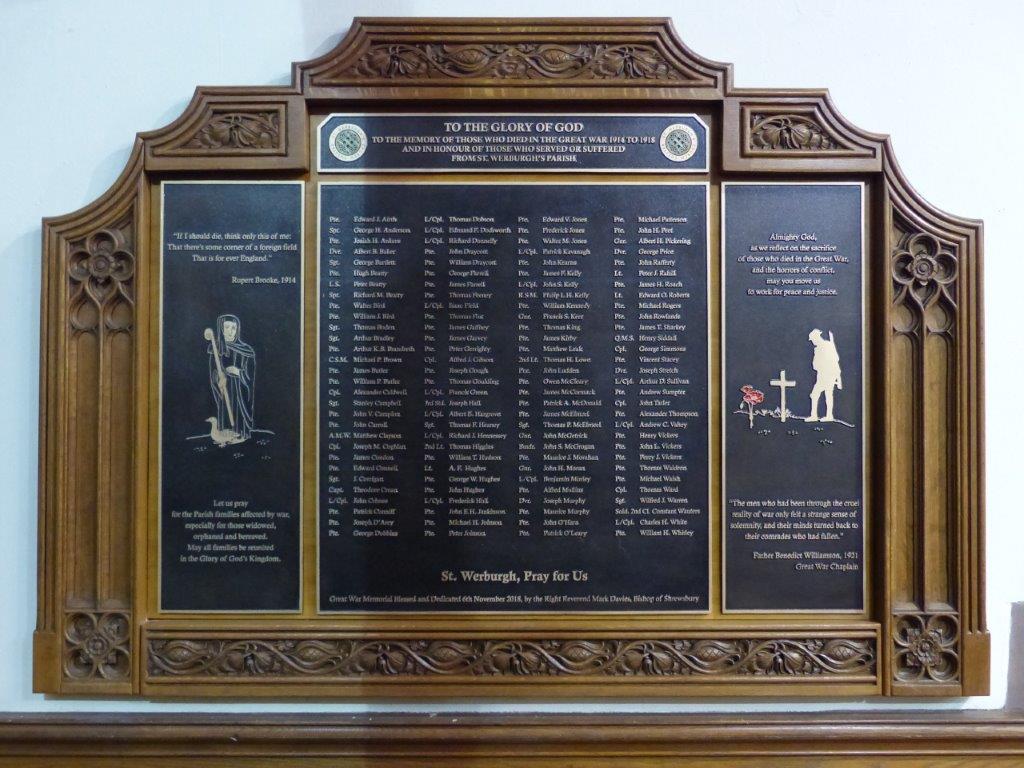 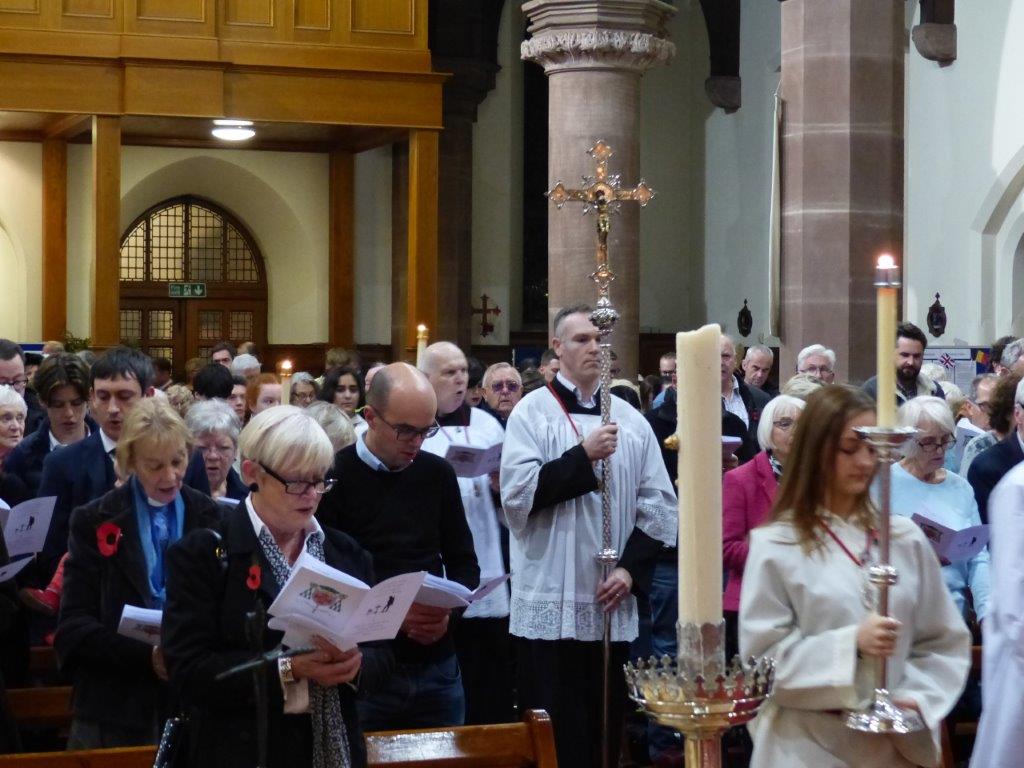 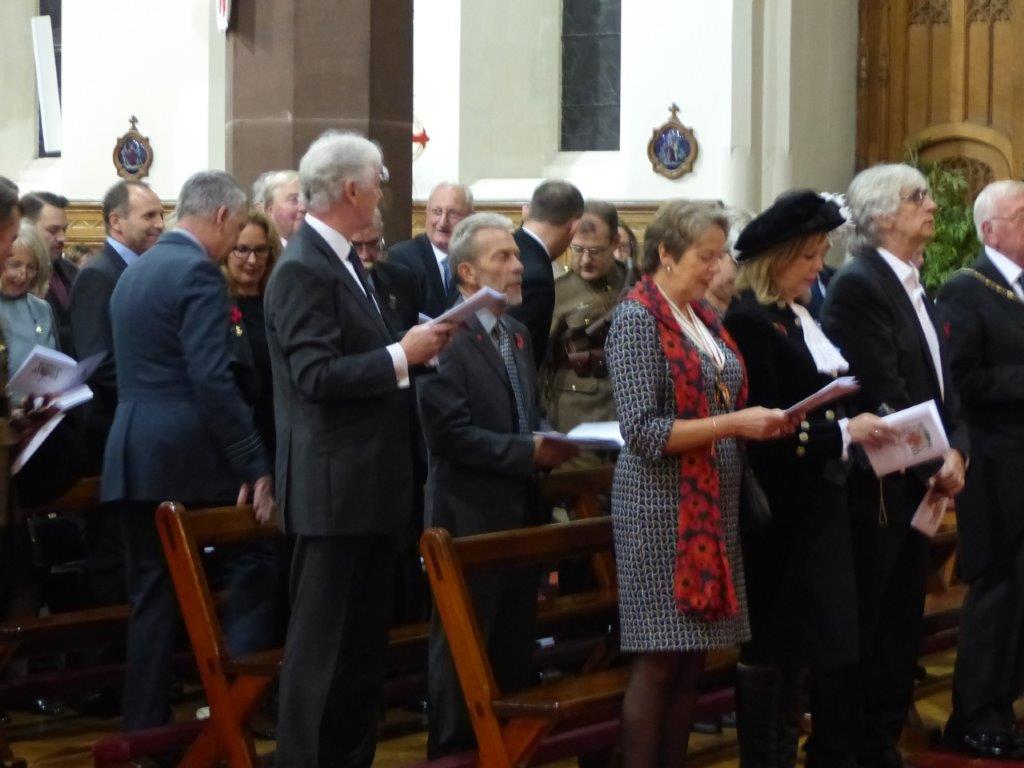 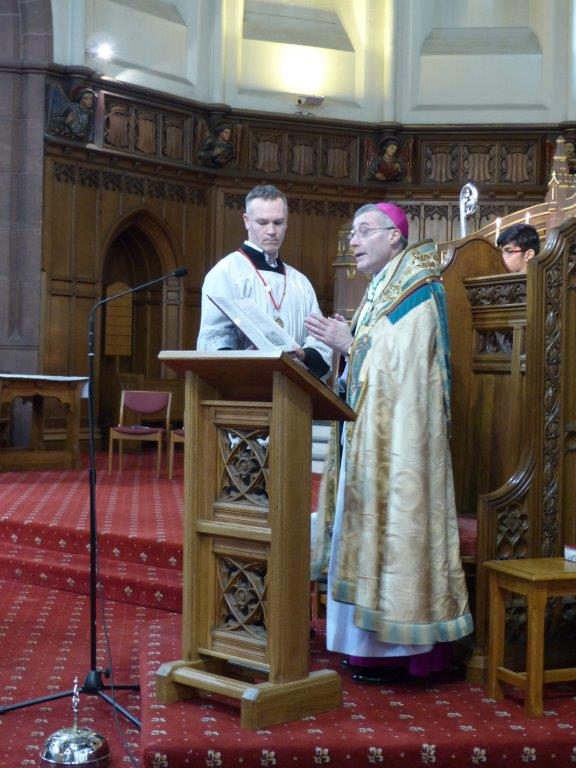 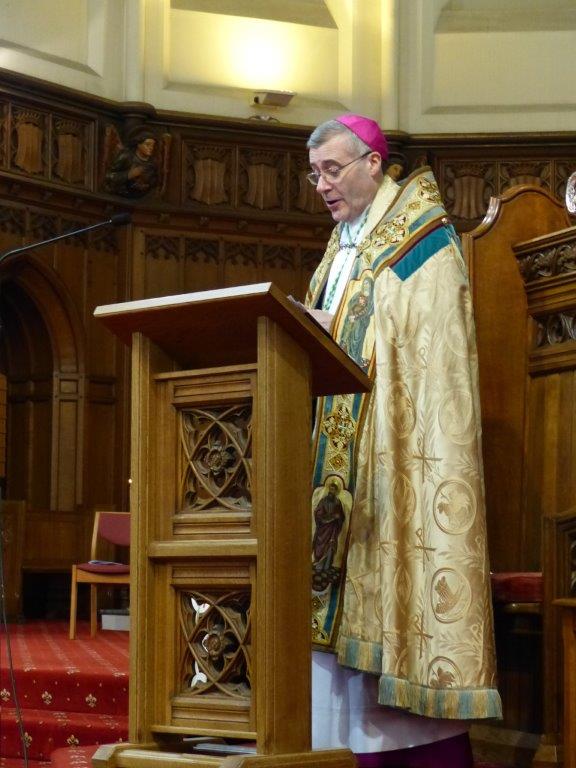 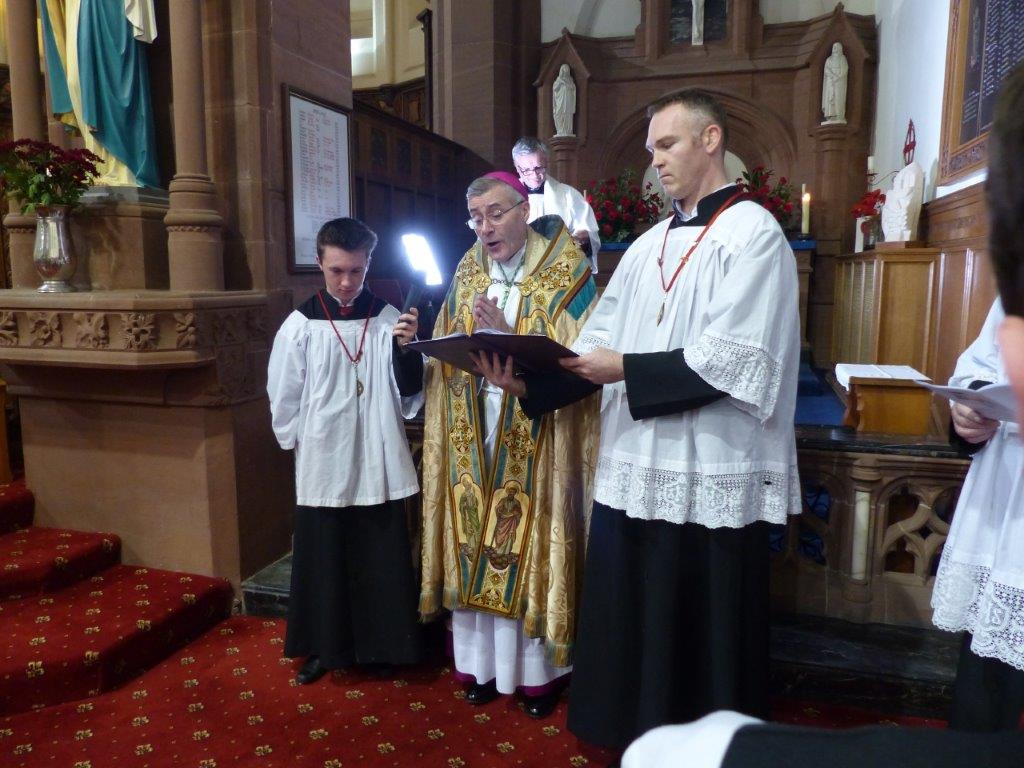 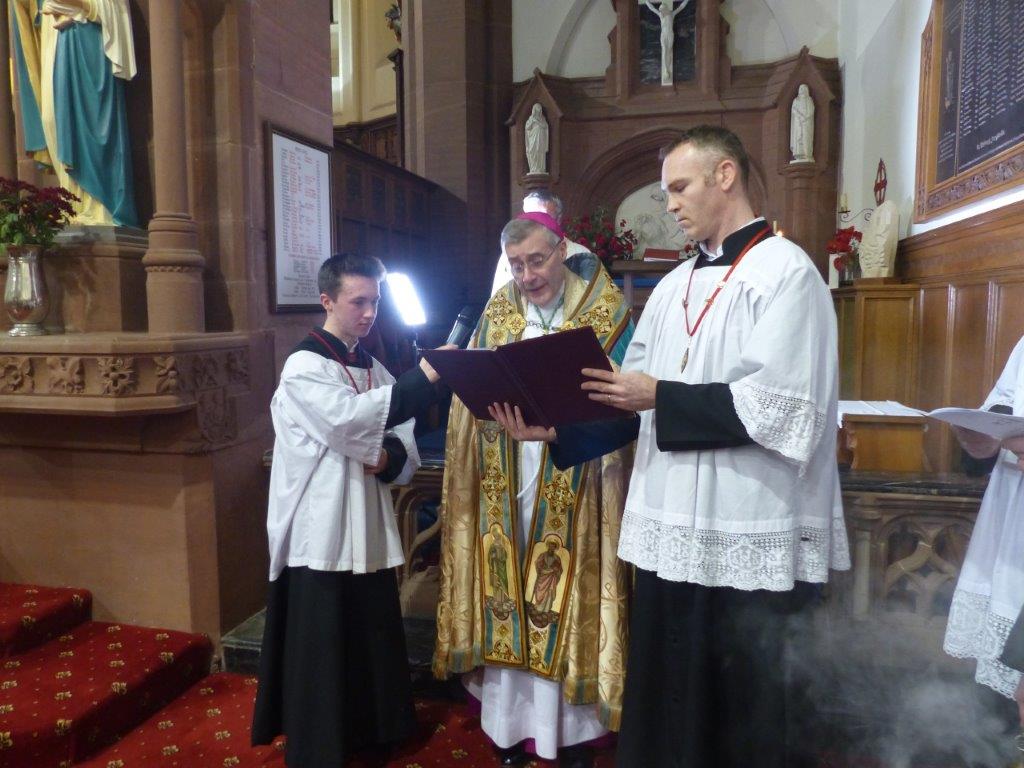 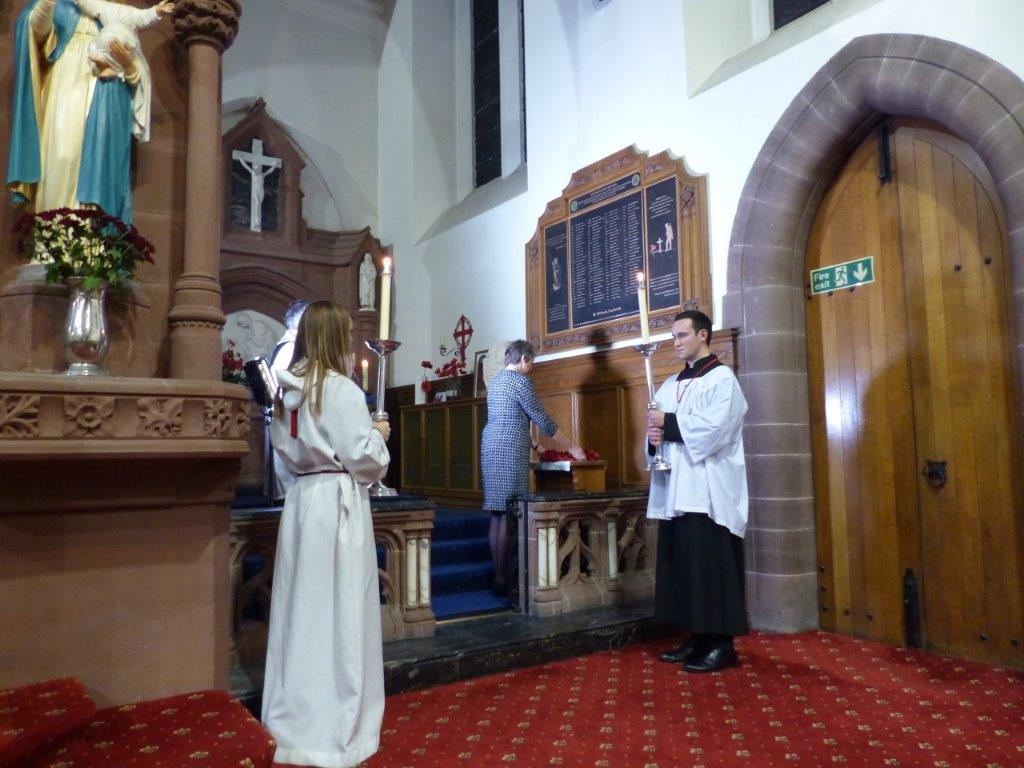 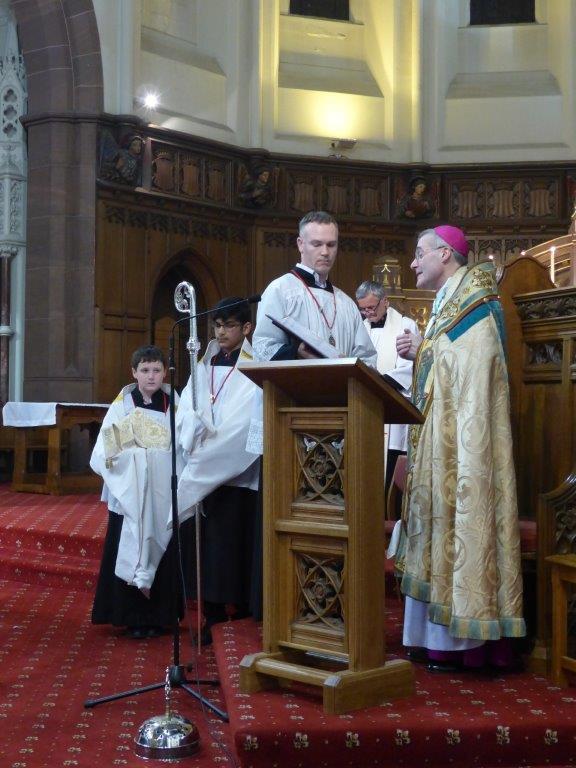 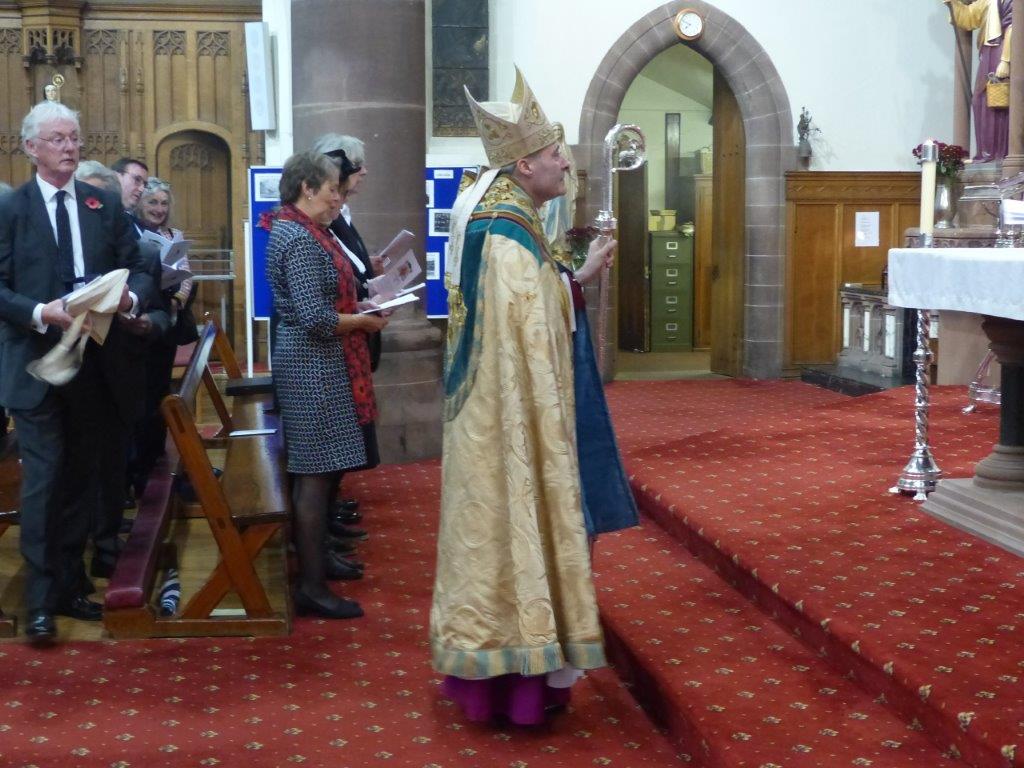 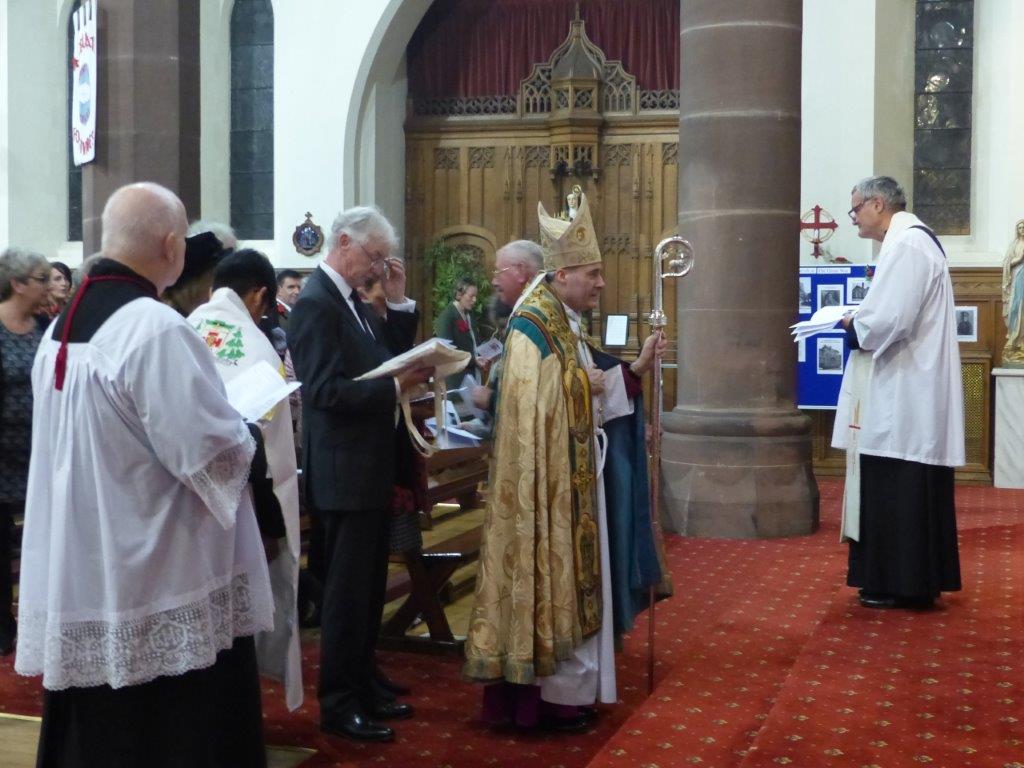 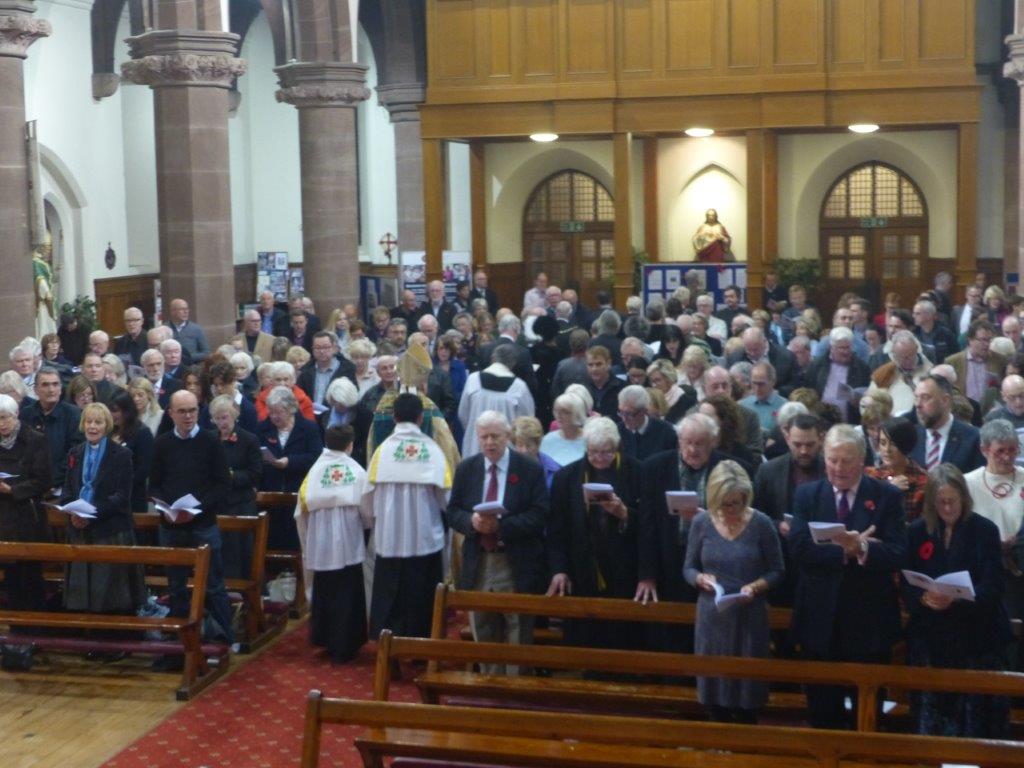 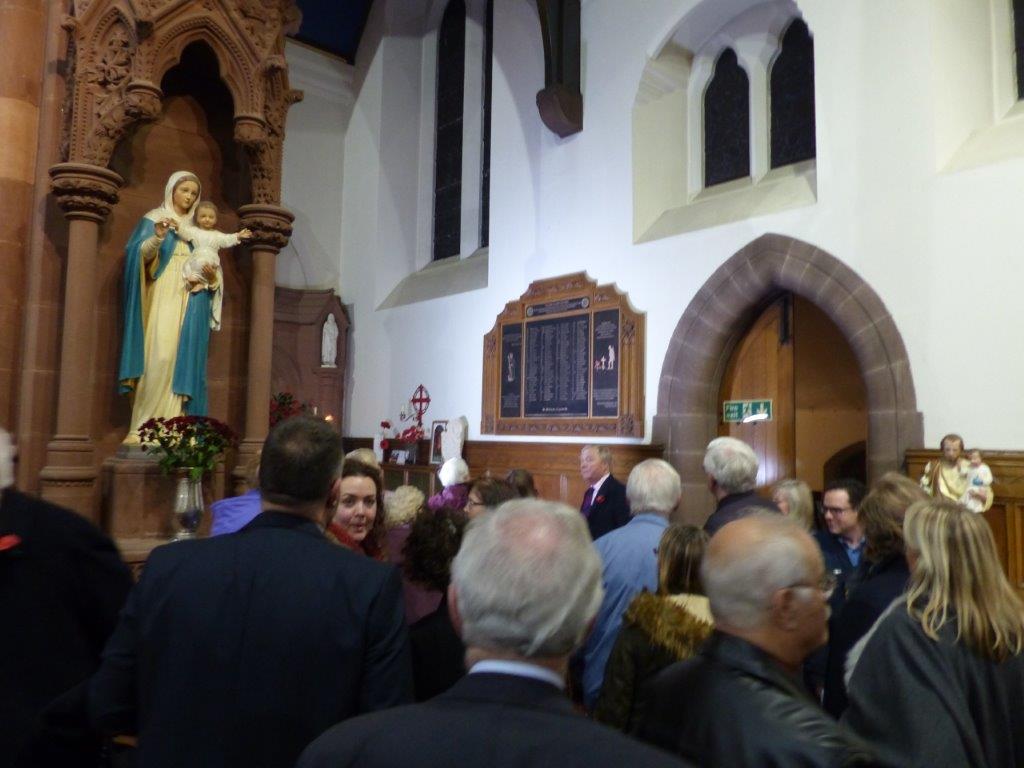 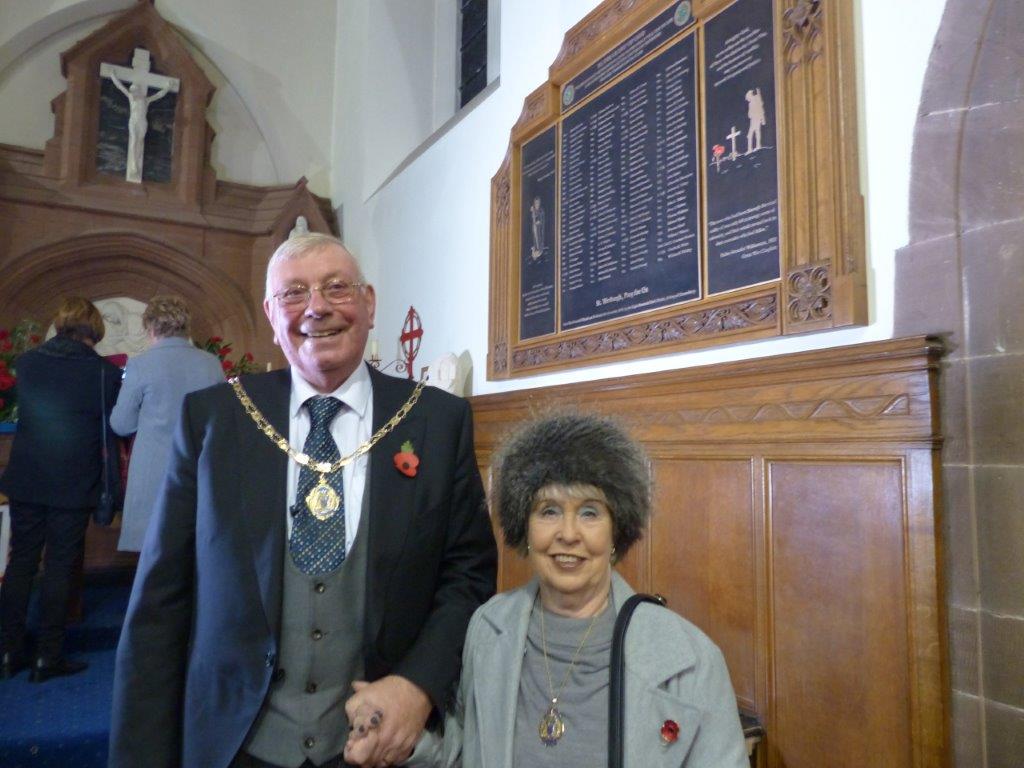 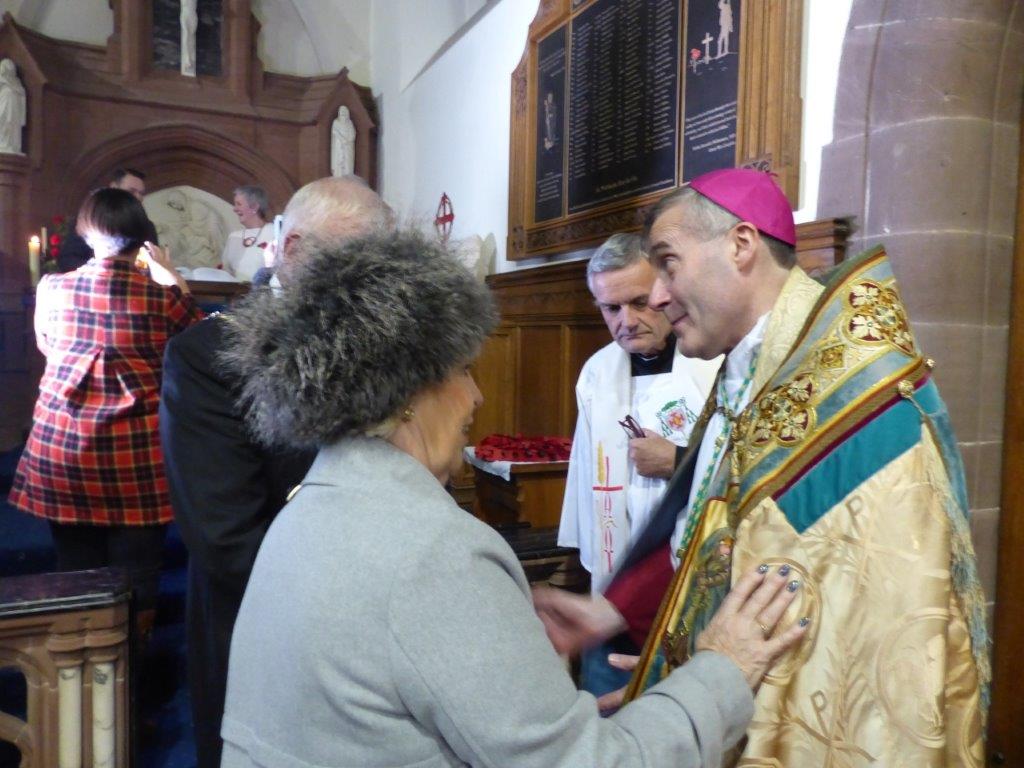 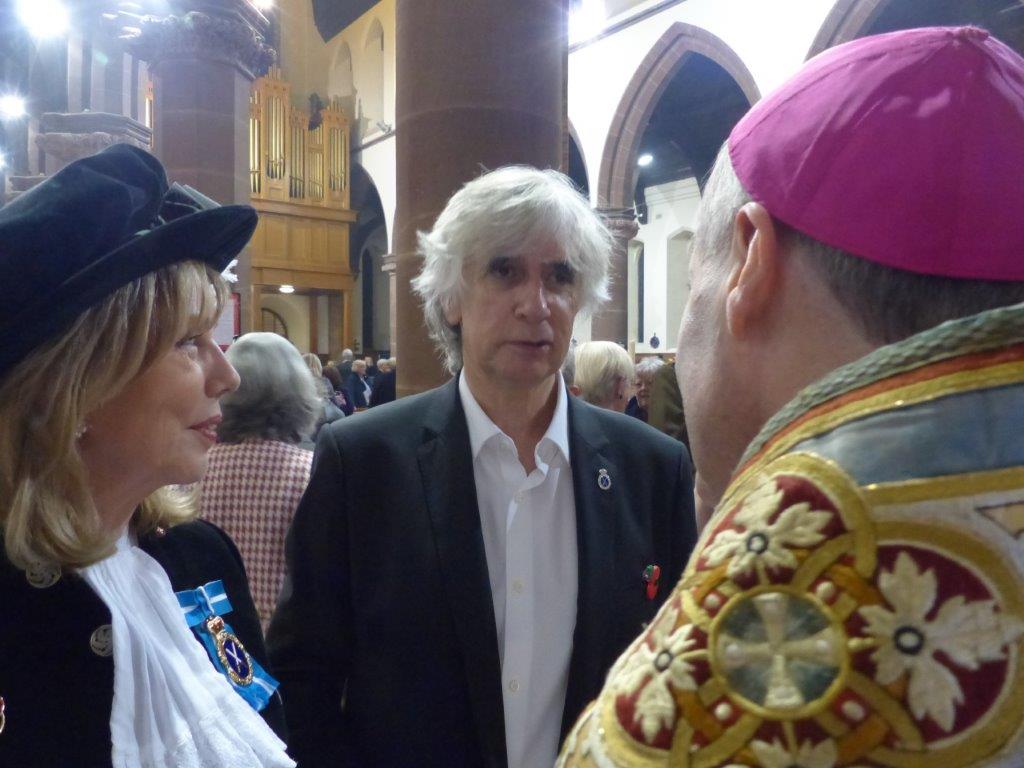 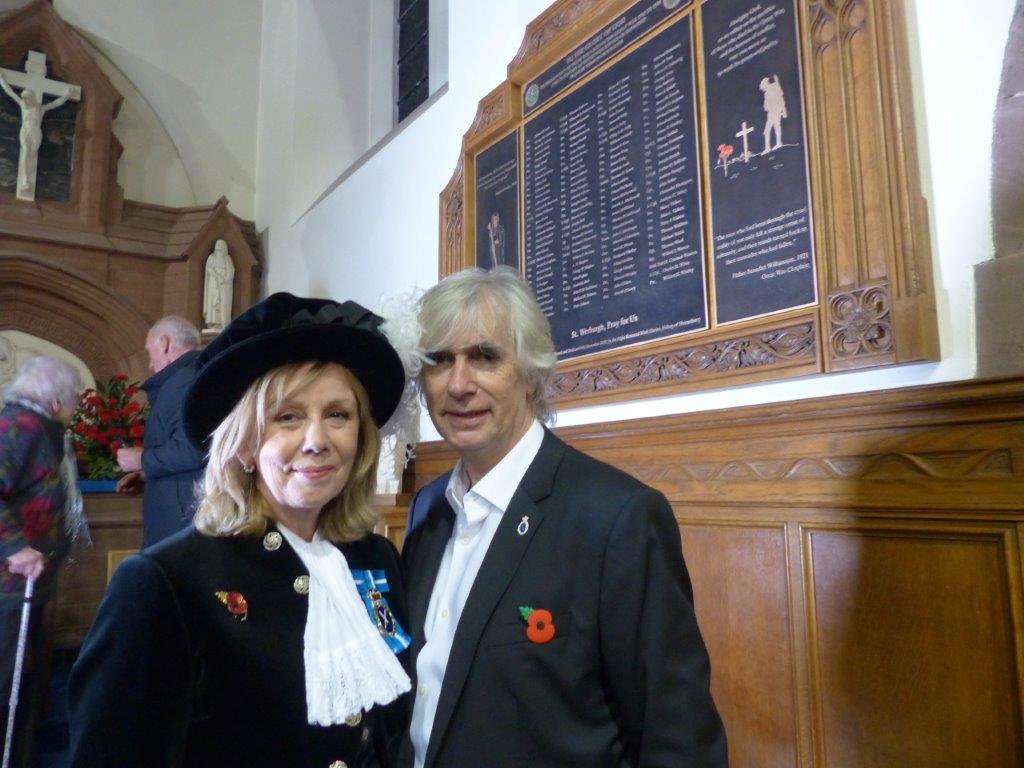 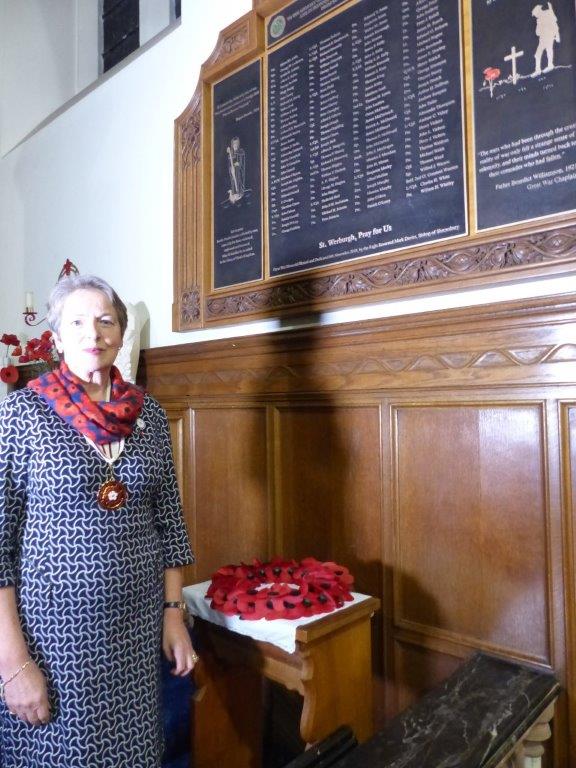 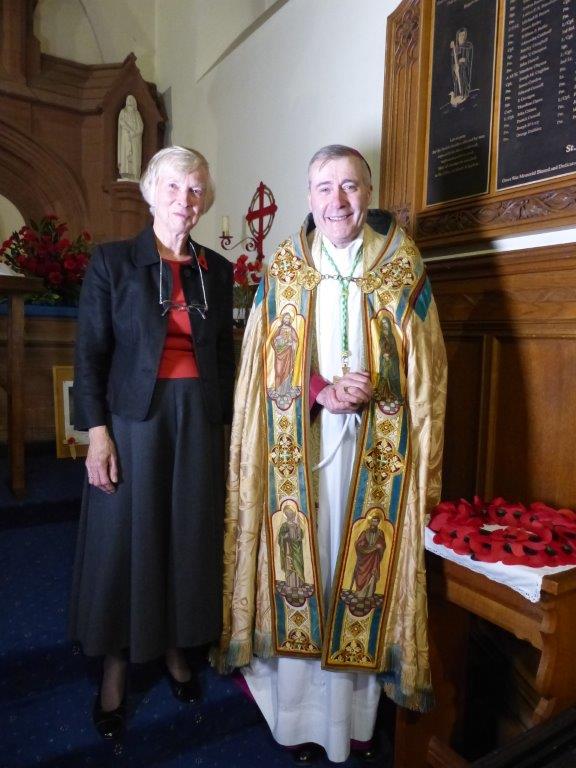 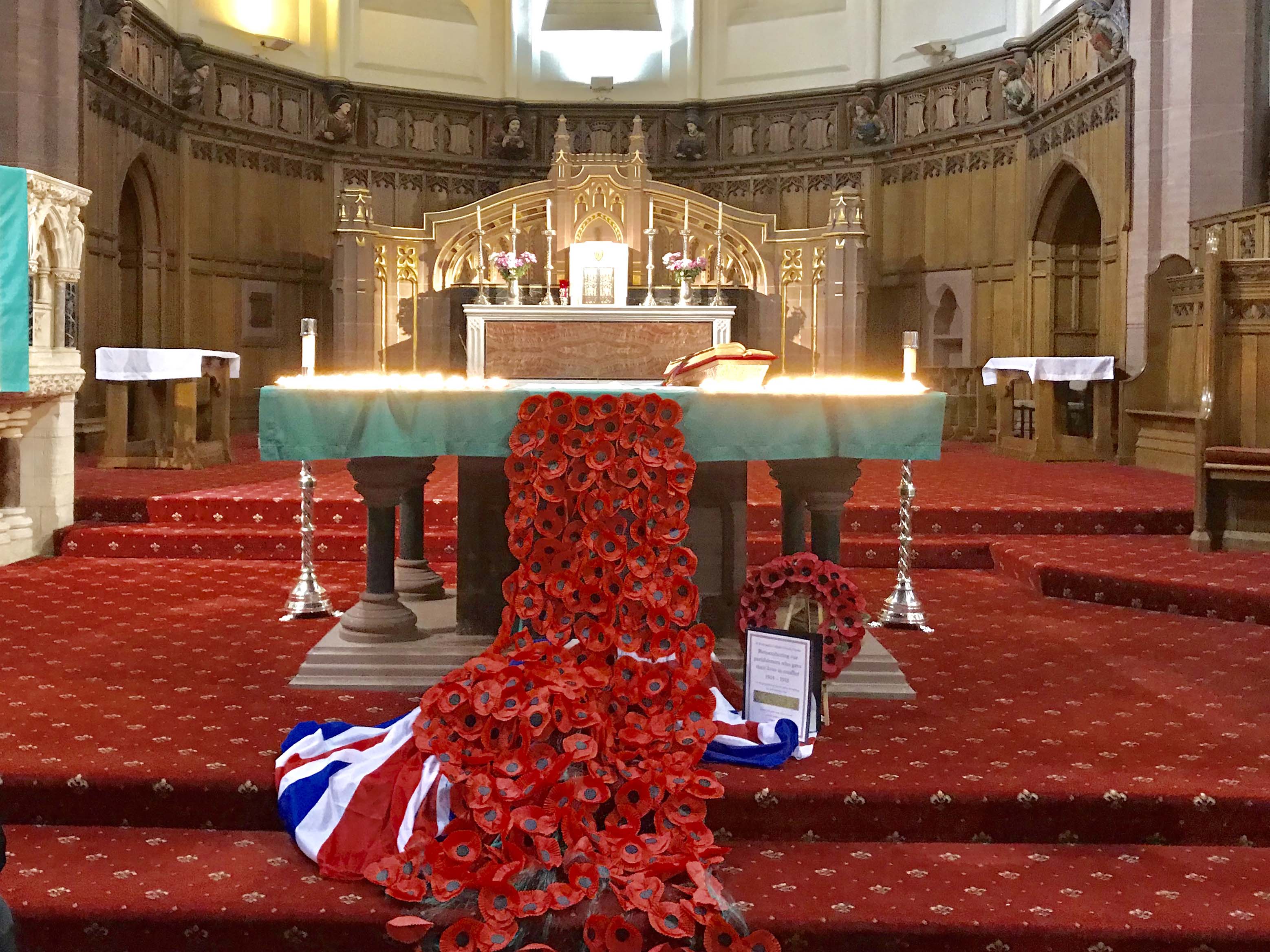 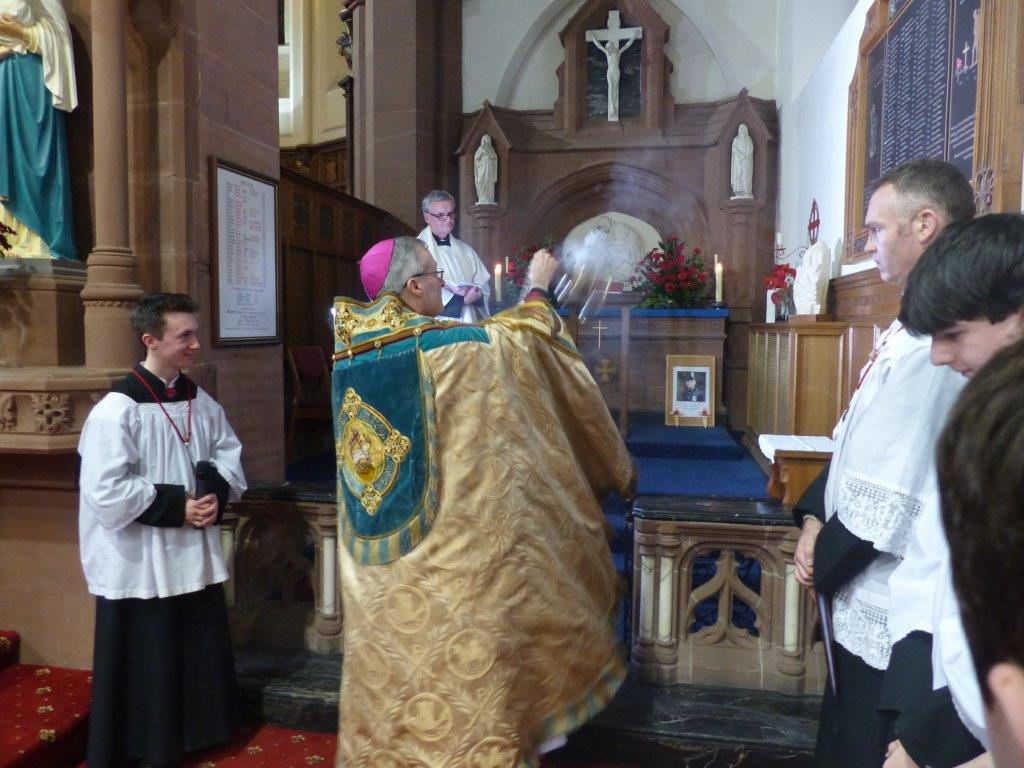 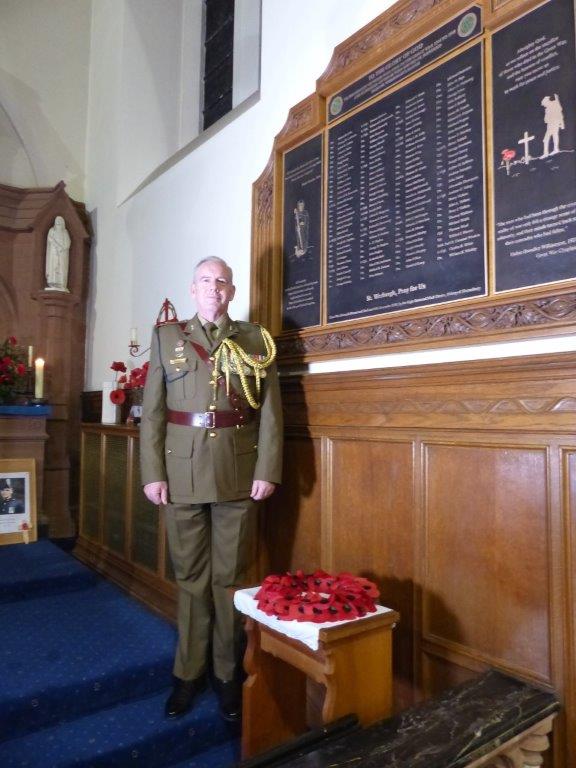