When Christmas Day falls on a Monday, the Fourth Week of Advent is only twenty-four hours long - Dusk Saturday to Dusk Sunday. Then it mysteriously morphs into Christmas Eve. So, coming in the Evening doesn’t fulfil the Sunday Mass Obligation. Many of you have asked: sorry, folks, and nice try! Liturgists - who needs them??

Come Wednesday, you won’t be able to buy a Tea Towel in Chester for love or money. So, come along Christmas Eve at 6.00 pm, kids, dressed in any character from the Nativity Story. We don’t tend to be Scriptural Purists on this occasion, and have certainly welcomed Scooby Doo to the Manger in recent years. Last year it was Darth Vader. Come on folks, the Gospels don’t actually say he wasn’t there! And good to see the Grumpy Old Inn Keeper getting into character at the Primary School Mass on Friday morning...

A superb response last weekend, so many copies flying off the shelves. On sale again at all Masses this weekend and over Christmas. It’s going to sell out soon, so don’t be disappointed. Soft Back £10, Hardback £20.

For a different way of seeing in the New Year, why not join us next Sunday evening for a quiet time of prayer from 10.00 pm onwards? Exposition of the Blessed Sacrament, followed by Midnight Mass at - what time, everybody? That’s right, all together now, MIDNIGHT!

Almost there now, folks! The one critical area outstanding is Christmas Morning Eucharistic Ministers: if you’re an EM and coming then...

Many of you distribute your Christmas Cards by leaving them on the window ledge just inside the Sacristy, which is a super system. But please look and see if there are any for you - and a second name or initial can help when we have so many Mary’s and Cath’s! Some are still there in June...

Virtually there now - a thousand thanks to Fran, Brian and Peter for all their amazing work in rebuilding it. Photo of the Week? A picture from Eileen Owens illustrating "The Unstoppable Power of Nature”, theme of a recent sermon. Thanks, Eileen - and keep sending them in! 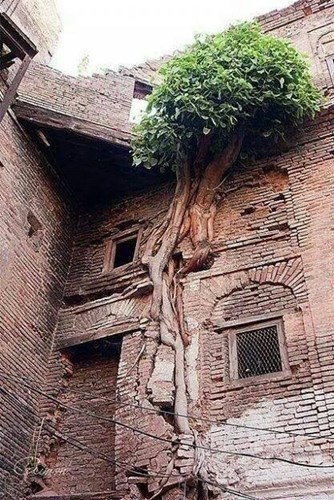 The third and final Reformation Talk had to be curtailed on Friday 27th October, because of all the Rail Disruption getting back from Ampleforth. Plus, my appalling Gorbals Flu. Not that any of you cared, of course. As promised, it will be delivered in full on Friday January 12th: Talk at 7.30 pm, Discussion and Questions at 8.15 pm, Tea and Tab Nabs at 9.00 pm. All welcome!

The SVP would like to thank everyone for their recent second collection which totalled £1039.51. Your generosity is very much appreciated.

Week of Prayer for Christian Unity:
Archbishop of York Coming to Chester

Churches Together in Cheshire mark the Week of Prayer for Christian Unity in January each year by alternating a service in a large local church - last year it was St Laurence’s Frodsham - with a Cathedral Service and national speaker. 2012 it was Cardinal Cormac, 2014 Archbishop George Carey, 2016 Lord Griffiths from the Methodists, and this January Archbishop John Sentamu of York. Sunday 21st January, Cathedral, 3.30 pm.

May They All Rest in Peace

Very sadly, we have lost a number of parishioners in the last week. Never a good time to lose someone you love, but Christmas Time makes it especially hard. Please keep them all, and their families, in your prayers at this time. As Funeral Arrangements will have to be in January, I thought you would appreciate details now:

Finn Abberton RIP
Funeral Private, please. Mass on Tuesday 2nd January at 10.00 for Finn – all welcome. Then a Thanksgiving Service Friday 19th January 2.00 pm. Again, all welcome from every part of his life.

The Light of Christ has come into the World, and all the darkness has never been able to put it out. [St John’s Gospel, 1, 5]